Gov. Mike Huckabee has announced that he is running for President. Earlier this year, he told a Christian radio program that ‘God’s blessing’ will make him president to stop the atheist ‘secular theocracy.’

During an appearance on the Christian Life Today program, Huckabee told televangelist James Robinson that he was considering a 2016 presidential bid because the country needed to become a "God-centered nation that understands that our laws do not come from man, they come from God."

"We have a theocracy right now," Robinson interrupted. "It’s a secular theocracy."

"That's it," Huckabee agreed. "It's a humanistic, atheistic, even antagonistic toward Christian faith. And that's what we need to understand. Our basic, fundamental rights are being robbed from us, taken from us piece by piece."

We're not even sure where to start. 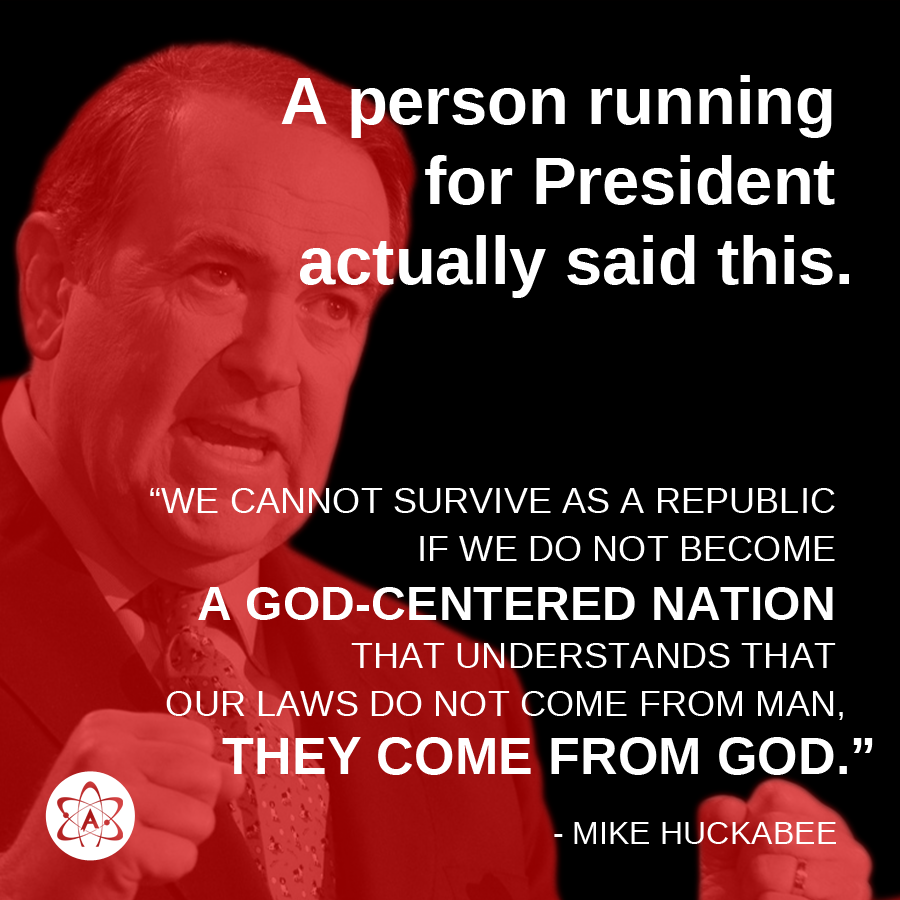