Santorum: Separation of Church and State is a Communist Idea

Newly announced presidential contender Rick Santorum seems to believe that the separation of religion and government is a communist idea, not an American one.

In a conference call with members of right-wing pastor E.W. Jackson’s STAND America that was posted online today, former senator Rick Santorum disputed the existence of the separation of church and state in the U.S. Constitution, dismissing it as a Communist idea that has no place in America. 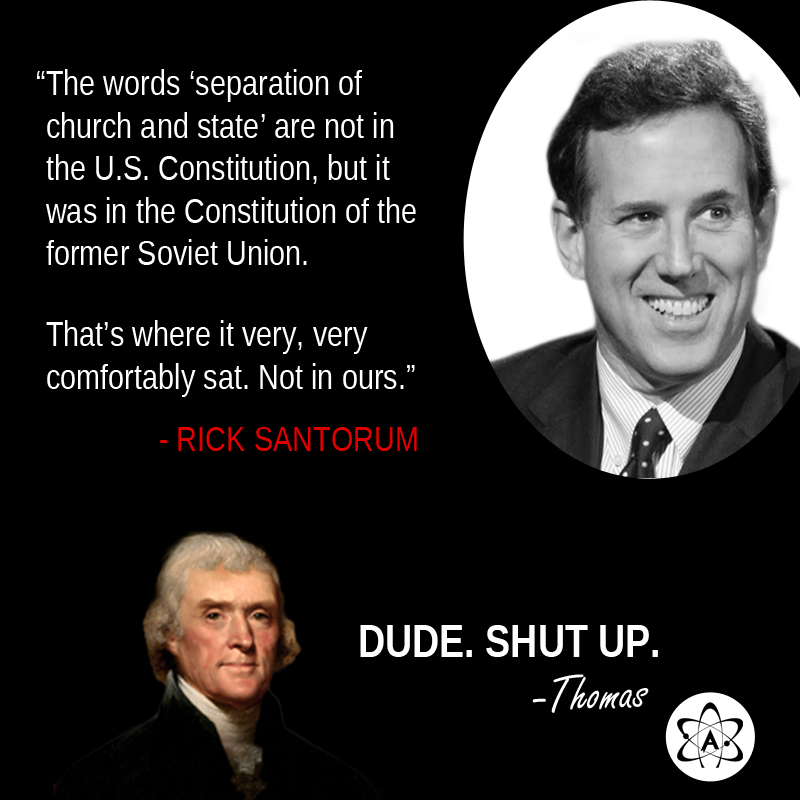