Former Texas Governor Rick Perry has announced that he is running for President in 2016.

Gov. Perry famously used his position as Governor to declare "Days of Prayer" to solve the historic drought Texas faced in 2011. After his declaration, the drought continued (and worsened) for four more months. Oops.

Is this how Gov. Perry will try to address the very real problems facing our nation if elected President? 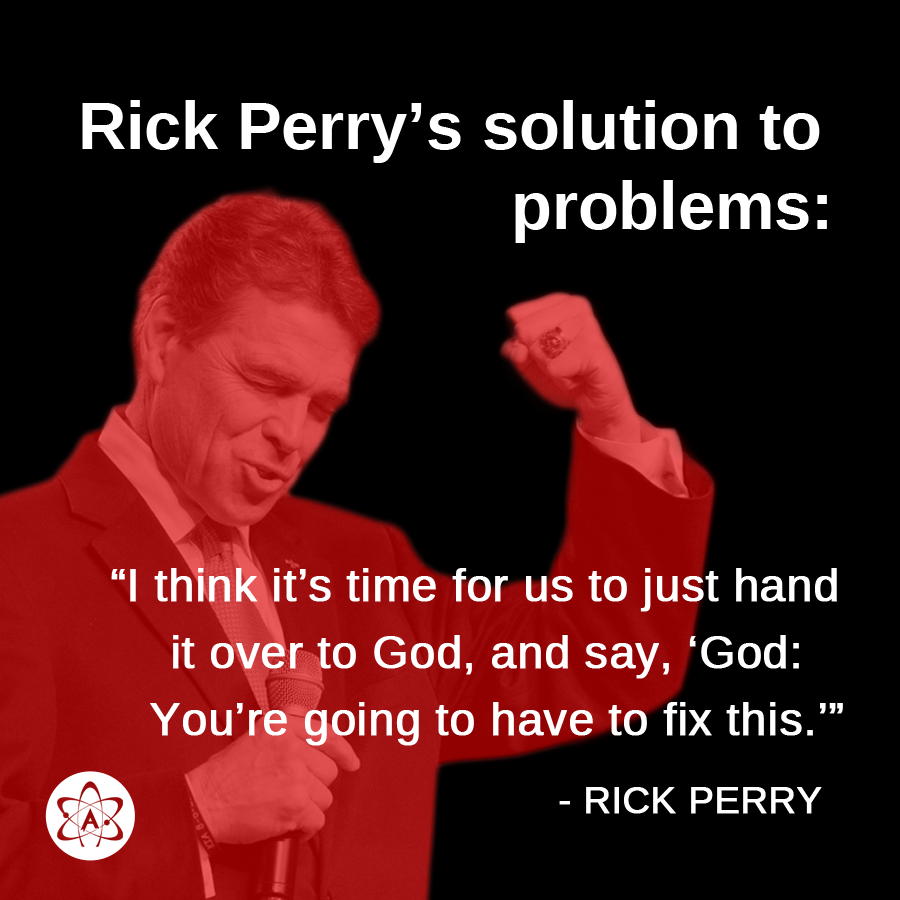