Today, September 17, is Constitution Day—a day upon which to rightly celebrate the document that established our system of government. However, as I watched and listened to 15 of the Republicans seeking their party's presidential bid on CNN last night talk about the roles of the Supreme Court and Congress, I realized that quite a few of them are confused about how our government works, and these leaders who are supposed to understand the basics of government are a tad confused. 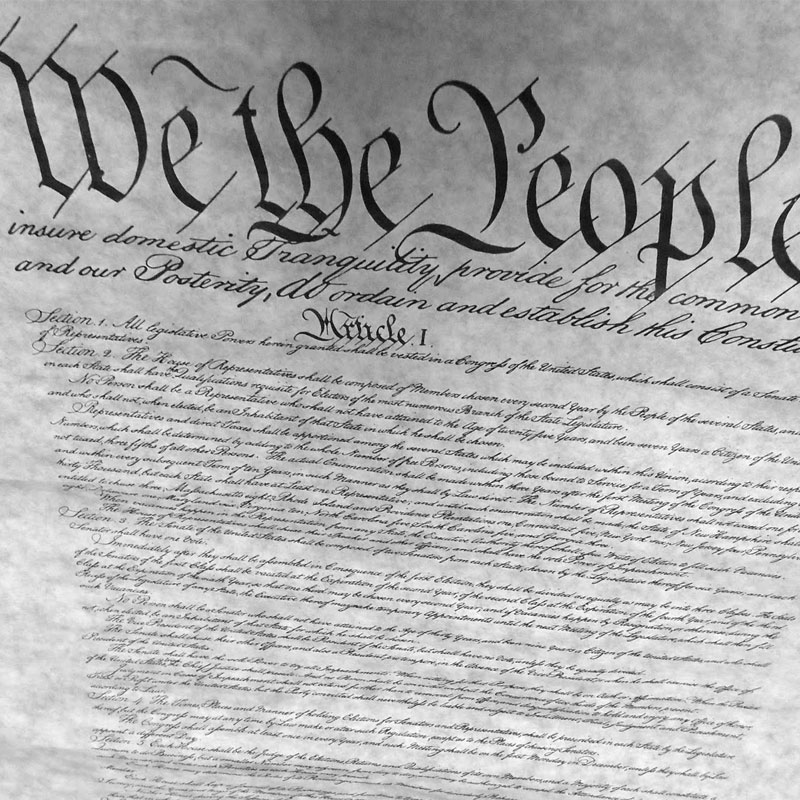 Much of the angst I witnessed last night seemed to stem from the recent U.S. Supreme Court decision (Obergefell v. Hodges) that made same-sex marriage legal everywhere in the country. A couple of Republican candidates seem to think that the Court's decision was some kind of judicial overreach, that the balance of powers the Constitution laid out had been disturbed or destroyed. It has also been suggested that Congress could fix this decision. So let's look at each of these ideas.

First, there are three branches of government: the Congress, the Executive, and the Judicial. Congress has many functions, but the major one is to pass laws on a specific set of subjects that the Constitution is very clear about (Article I). The Executive (the president and the executive departments) also has many duties but an important one for these purposes is that it executes the laws that Congress passes (Article II). Finally, the Judiciary also has many duties but the most significant for us is that the Supreme Court is authorized directly to oversee cases arising out of the Constitution and laws of the United States. In short, Congress makes laws, the President enforces the laws, and the Court decides whether or not the laws are constitutional (Articles III & VI).

In the same-sex marriage case, the Supreme Court was examining state laws that prohibited same-sex marriage against constitutional protections of the Due Process Clause of the 5th Amendment and of the Equal Protection Clause of the 14th Amendment. I am not going to get into a discussion of the merits of the case because for our discussion it is only relevant that the Court had jurisdiction: a question of whether state laws violated the federal constitution.

So we now have a Supreme Court that has ruled that laws prohibiting same-sex marriage violate the Constitution. That's it. That's the whole enchilada. You can be mad about it, but it is still the law of the land.

Now some still say that Congress should be able to pass a law and trump the Supreme Court. In this case you can't pass a law to beat the Constitution. I mean, this is why we have a Constitution—to measure laws against and judge them accordingly.

Several years ago, the Supreme Court ruled against a woman named Lilly Ledbetter in a case about wage discrimination. The gist of the case was that Ms. Ledbetter found out that a male coworker at Goodyear who did the same job was being paid a lot more money than she was. So she sued. The Court ruled that the statute she used to sue had a time limitation that started when the pay disparity began, not when Ms. Ledbetter found out about it, and so due to the passage of time, Ms. Ledbetter lost. There was a lot of outrage about that decision and Congress quickly passed a new law that fixed the old law to make it so the statute of limitations did not begin to run until a person discovered the pay disparity—they called it the Lilly Ledbetter Fair Pay Act of 2009.

In Ms. Ledbetter's case, there was room for Congress to act—not against the Supreme Court but to fix their own mistake in a law a previous Congress had passed and the Supreme Court had interpreted. In the same-sex marriage case, the change would have to come in the 14th Amendment, which requires not only an act of Congress, but ratification by 2/3 of the states. And the 14th Amendment doesn't just apply to same-sex marriage cases, it is the Equal Protection Clause and is the basis for laws and lawsuits that protect religious rights, minorities, voting rights, women, LGBT rights, housing, and so much more.

Finally, we have some who say that "god's law" supersedes the Court and the Constitution. That's what the English kings said, too. And that is one of the reasons why our nation was founded—so that we would have a nation of human laws, equitable laws. A person can live by their god's laws, but when a supernatural law intersects with U.S. law, U.S. law wins in our courts.

The U.S. Constitution is a flawed document. It is the shortest written constitution in the world but backed with a huge record of constitutional case law and jurisprudence. Humans wrote it, humans interpret it, and humans mess it up. But it is a secular document and I cherish that. If you haven't read it lately, please do so—and help celebrate Constitution Day.