I'm zigzagging across the state of New Hampshire this week to attend candidate events, rallies, and town halls in the week leading up to the February 9 "First In The Nation" primary. Lots of exciting news coming out of the GOP side of things and some good interactions with candidates. 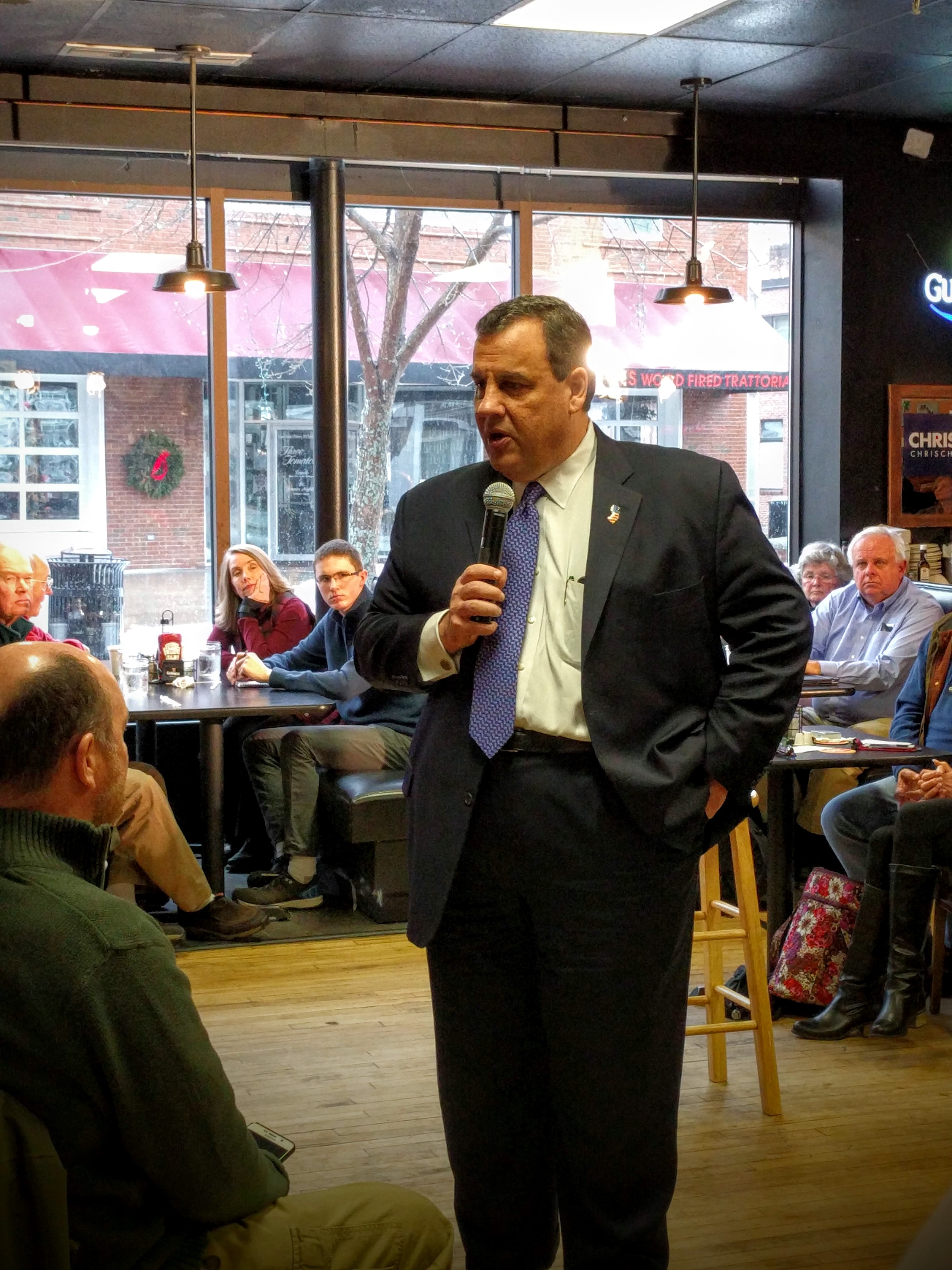 My first event today was a Chris Christie town hall meeting in Lebanon. Governor Christie, the Republican governor of New Jersey, has previously said that he opposes Kim Davis-style religious refusal laws for government employees. In addition, he has stated that he opposes allowing private business to discriminate and using "religious freedom" as an excuse.

Gov. Christie did not call on me, but he answered a question from a Dartmouth graduate student in earth science who asked about funding for scientific studies. The student told Gov. Christie that his colleagues are having a difficult time securing funding for addition work from the National Science Foundation.

Christie used this opportunity to attack President Obama's budget for cutting funding for the National Science Foundation and National Institutes of Health. Christie pledged to raise the budget of both the NSF and the NIH in order to ensure that the United States remains a leader in science and technology.

Following the Christie event, I drove to Laconia for a town hall meeting with Marco Rubio.

Rubio opened with his standard stump speech, including the statement that our rights "come from the Creator." Rubio told a recent rally that "America does not make sense unless we believe in a creator." Rubio was previously asked about his commitment to the separation of church and state and the role of religion in his decision making process by Atheist Voter Justin Scott. You can see his entire response here.

I will be attending another Rubio event in the morning and will attempt to ask him directly about his comments.

After the Rubio event, I sat in the first row of a Jeb Bush town hall meeting. During his opening remarks, Gov. Bush specifically criticized the divisive rhetoric of other candidates in the race. To that end, I asked Bush about comments from Ted Cruz indicating that he would not support a commander in chief who doesn't pray each day.

His full response is available here.

Some highlights: Gov. Bush says that his faith is important to him, but that there would be no litmus test regarding religion in his administration. He used the opportunity to criticize Donald Trump on a few specific issues, but didn't take any direct swings at Cruz.

Bush also answered a question about climate change. Bush indicated that he trusted scientists and acknowledges the fact that it is happening and that humans contribute to it. When the audience clapped after Bush said he accepts the science, Bush told them that they really shouldn't have to be clapping for that.

In a later question about his decision making process, Bush said that he would listen to experts and advisors, do his research, and pray. As soon as he said that, Bush looked at me and said "I know not everyone does that, and that's fine." He continued by saying that deep reflection and "getting serene" is important, seemingly acknowledging my question.

I appreciate Governor Bush acknowledging that while his faith plays an important role in his life, he knows that not everyone shares that faith. He was careful to point out that while he finds it helpful to pray, not everyone does, and that's okay.