CPAC? Again? Why is AtheistVoter there?

This marks the third year that American Atheists has attended CPAC, but the first that we've had a table of our own and been able to fully engage with conference attendees with our message. The message is simple: If conservatives want to win, they need to dump the religious extremism that is taking over their movement.

In a post last week, we highlighted an excellent look at the atheist voting bloc by Matthew Sheffield at the American Conservative. It really couldn't have come at a better time. With CPAC now underway, this is exactly the message that attendees need to hear. 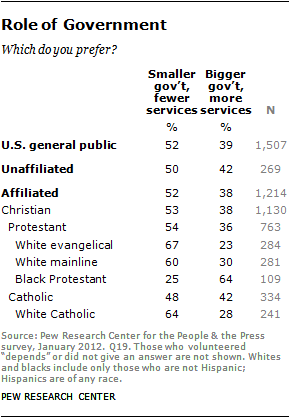 Atheist Voter will be at CPAC showing voters and conservative activists the stark truth: They will continue to lose national elections unless they can bring nonbelievers on board. Doubling down on securing the support of religious extremists might work in a few states for a few more years, but in any swing states, they will lose.

The conservative movement talks a lot about how they are the party of "small government" and "limited government." But then they use government to prop up particular versions of religion and support using government to intrude on the day-to-day lives of people who they find sinful. That isn't small government.

Furthermore, their candidates make statements like "[A]ny president who doesn't begin every day on his knees isn't fit to be commander-in-chief of this nation."

Opinion polling has consistently shown that nonbelievers are split on big government / small government at approximately the same rate as the general public. And yet, small numbers call themselves conservative or vote for conservative candidates. That isn't, of course, simply due to the antagonism of religious leaders within the conservative movement, but also because of their policy priorities.

If conservatives want to have the discussion about the role of government, that's a discussion we're happy to have. But using religion as the primary (or sole) justification for your policy preferences ends the debate and reduces the quality of our political system. We all deserve better.

For a bit of a deeper dive into the calculus we did in deciding to go to CPAC last year (and this year), here's a snippet from National Program Director Nick Fish's personal blog on why going to CPAC matters from last year.

And personally, as a progressive, here is why I think being at CPAC is important: Religion as the justification for law ends the conversation. When you have God on your side, there can be no argument. That’s just how it is. If you don’t like it, tough shit, heathen.

I want conservatives to know that they need to dump the increasingly small religious right if they have any hope of winning national elections in the future.