A Challenge to Governor John Kasich

This weekend, Ohio Governor John Kasich made comments disparaging actor Daniel Radcliffe because of his atheism. American Atheists President David Silverman challenges Kasich to meet with atheist constituents and learn about the growing community he represents as governor. 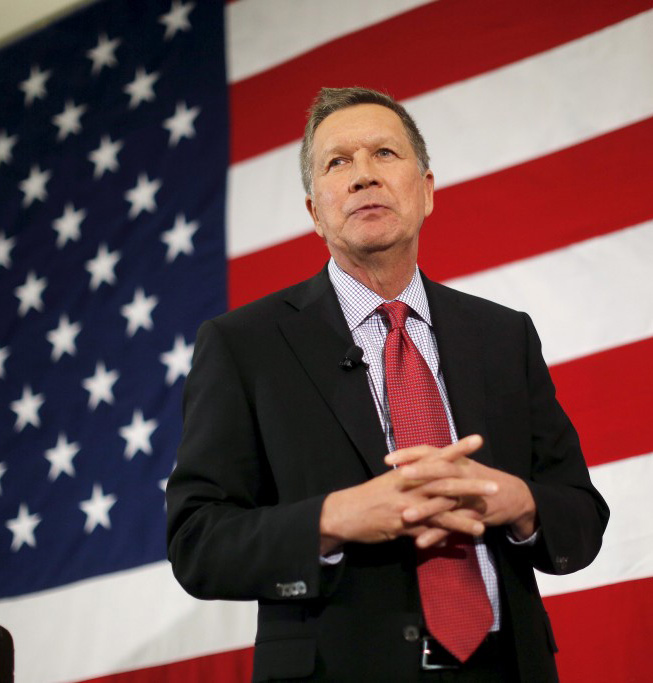 This weekend, during a campaign stop at a bookstore in Exeter, New Hampshire, you wondered aloud why “a guy [actor Daniel Radcliffe] who has had all that success” would “declare himself an atheist.” You said it was “a weird thing” and asked, “What the hell is wrong with him?”

To state what should be obvious: There is nothing “wrong” with Mr. Radcliffe nor with the tens of millions of atheists in this country.

Atheists are members of your community. We are your firefighters, your police officers, your teachers, your doctors, and your coworkers. I have no doubt that atheists serve on your staff and volunteered for your presidential campaign. If you think you’ve never met an atheist, you’re wrong.

I challenge you to sit down with a group of your atheist constituents. Talk to us about what we want from our government. Ask us why we’re atheists and what it means to us. You name the time and place and I’ll make it happen.

I will personally come to Ohio and organize the meeting. Ohio is home to five American Atheists affiliate groups and more than 1,000 members and supporters. I know that any number of them would be thrilled to meet with you and share their views.

This is an opportunity for you to show your commitment to representing all Ohioans. In your state, there are more atheists than there are Jews, Muslims, Buddhists, Hindus, and Mormons combined. Nonreligious Ohioans are the second-largest religious demographic.

Our community faces intolerance and bigotry daily. Politicians regularly question our patriotism, say that we are unfit to serve in elected office, and contemplate using even the perceived lack of religious beliefs as a line of attack.

The United States is a nation of countless religions—and atheists. We deserve leaders who acknowledge and celebrate that. Please remember that you represent all of us.

I urge you, Governor Kasich, to use this as an opportunity to learn about millions of people you represent. Rather than saying that we are “weird” or that there is something wrong with us, find out what it means to be an atheist. Let your fellow Ohioans who happen to be atheists show you why we care about the direction of our nation.

I look forward to hearing from you soon.

We have sent this letter to Governor Kasich directly and will report back if we receive a response.